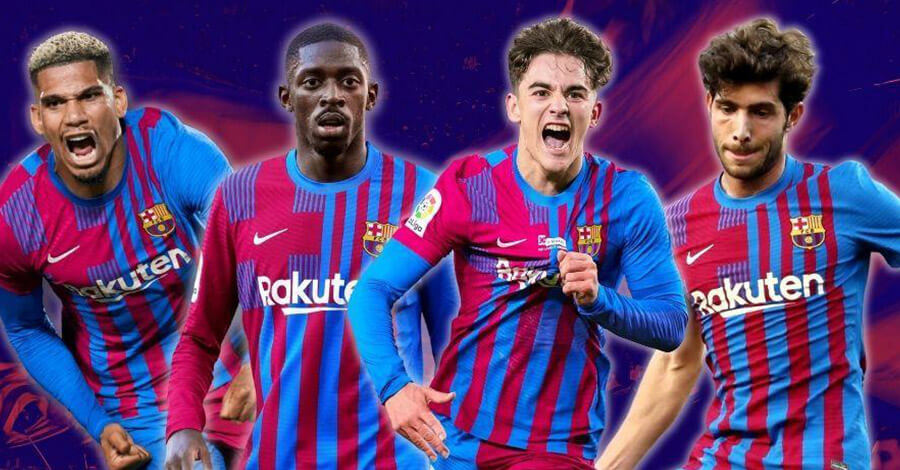 FC Barcelona will face a very intense week on Monday on the playing fields and in the negotiation offices. And it is that in addition to having to play three games in seven days that can determine many of his options for the League title, the only one for which he can fight at this point in the season, those responsible for the sports area have several important meetings scheduled for the renewal of key players in the squad led by Xavi Hernández. However, some are more important than others for the Barça coach and the club’s executives.

The point is that during the week that begins tomorrow, Mateu Alemany has different appointments planned with soccer players’ agents. The first case to be dealt with to finish it off and leave it closed is that of Ronald Araujo (23). Barça’s director of football and the player’s agent, Edmundo Kabchi, met in Barcelona last week and left the center-backs contract extension well on track until 2026. It’s about closing the loose ends and setting a date for signing the contract by the ‘Charrúa’ defender, who has always made it clear that he wanted to continue playing for Barça despite the interest of powerful Premier League clubs in signing him, as was the case with Manchester United.

Another appointment already set by Mateu Alemany for next week is the one he has with Josep Maria Orobitg, Sergi Roberto’s (30) agent. The youth squad ends his contract on June 30, and both the club and the player are at a crossroads. Because at Barça, there are sectors that do not dislike Roberto’s continuity (for example, Xavi and President Laporta), while it is not considered a priority in the sports area. In any case, all the club areas go to one in which Roberto must lower his current record a lot. And that is where the player has doubts: he would like to continue but not at any price because, at the end of the contract, he can aspire to a more generous proposal than Barça’s. On Tuesday, it will be seen if there are advances or the positions become entrenched.

In a similar situation is Ousmane Dembélé (24) with Barça. Xavi’s interest in keeping him and the footballer’s interest in continuing has led Barça through Alemany. The winger’s agent, Moussa Sissoko, resumed their relationship, which deteriorated in the winter market. First, when Barça withdrew its renewal offer from Ousmane due to his late response. And then because Alemany, in connection with Xavi and Joan Laporta, announced that they were leaving him out of the team on January 20 and wanted to transfer him in any way possible in the winter market. Everything was resumed at a summit in Marrakech last week. The club made it clear to Dembélé that interest in him was continuing at a low economic level. His agent assured that they can make some concession at the record level but that they will not sign at any price and that Ousmane is a free agent, with what this entails of aspiring to a bonus, something that the club does not contemplate paying.

Finally, the renewal of Gavi, whose contract ends in 2023, is also on the table. Alemany and his agent, Iván de la Peña, have a pending appointment and aim for next week. The player’s priority is to renew, without a doubt. Still, he wants an economic adaptation to his role in the team despite being only 17 years old. In addition, he has offers from several powerful clubs, and the club knows it. In any case, he trusts to be able to tie it without a problem.

The keys that have unraveled the renewal of Ronald Araujo

Ronald Araujo: Next year, we will win titles