The former Barça president denies that it caused the departure of Guardiola, affirms that his mandate was the best period of the entity, and adds that if you add the years of Josep Maria Bartomeu, the one from 2010 to 2020 was the best decade 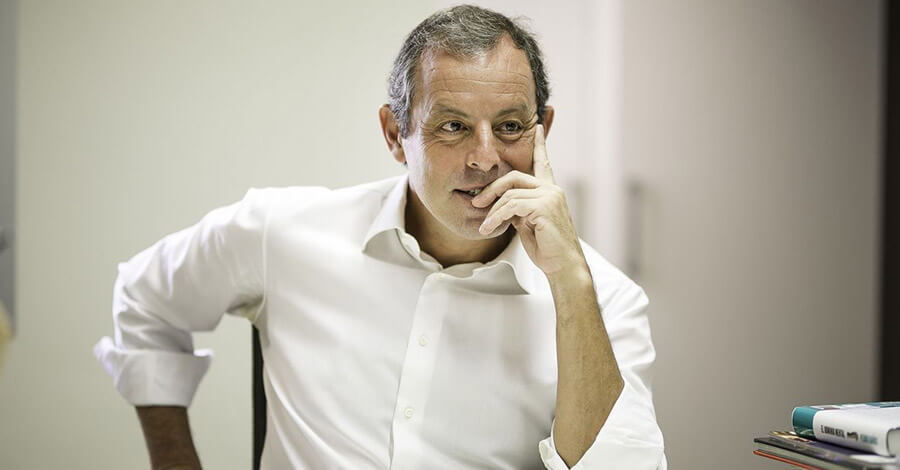 Sandro Rosell claims his passage through the presidency of Barça and that of his successor, Josep Maria Bartomeu. He claims that his mistake was not explaining the management to him. He denies having made illegal arrangements for a liver transplant for Eric Abidal.

Suppose you end up being a candidate for mayor. In that case, the assets you can present to your potential voters are your experience as a manager in your companies and at Barça.

How do you think your management at Barça is seen?

It is not seen because I did not put it in vision. I did nothing to explain it. But, with all the humility with which I can say what I will say now, my four years as president of Barça are the best in first team titles, in titles of every section, in money earned, in assets created, in social function. At the foundation. The best. They are data. It is that I have never explained. It is the first time that I have explained it. The data is what it is. You can say: ‘I don’t like Rosell’. But the objective data of my management are published on the official websites of Barça and audited.

And to those who say you are the president who made Guardiola leave?

That is not true. Guardiola and the players explained actively and passively that anger was between them. A problem there was in the dressing room.

And why have you not defended your management and that data until now?

Because I dedicate myself to managing, will I explain it now if I run for mayor of Barcelona? Maybe spend 10% of the time explaining it. Because until now, I have dedicated myself 100% to managing and 0% to speaking.

Have you missed recognition?

No, because I know what I’ve done and I’m very happy.

And the current situation?

I don’t want to get into that. I’m talking about my four years.

Knowing what you know now, would you have been president of Barça?

Are you going to Camp Nou?

Will he go back?

Yes, one day I will return.

Can pending legal cases become barriers to a candidacy? The one opened for alleged tax fraud.

A consequence of a prospective investigation, something prohibited in a democracy, and since they found nothing, they ended up in the tax issue. The accusation is not true. They wanted to agree, but I said no because I knew it was not true. But they put the machinery of the State on me: they also say that I am an organ trafficker.

In the case of Abidal.

I accept that they tell me anything for being an entrepreneur. But organ trafficker?

You are indicted for that. It is because of that conversation (with former executive Juanjo Castillo), when he says, “we have given him a liver.”

Yes, have you heard the conversation? If I don’t say anything.

Did Barça give money to Abidal’s cousin?

No way. I met Abidal’s cousin the day after the operation. I greet him because he is in bed next to Abidal’s.

And then there is the Neymar case.

Judge De la Mata files that. Coincidentally, with the accusation by Judge Lamela, someone forces the case to be reopened against the opinion of De la Mata, who dedicates 230 of a 250-page report to say that we are innocent. In the last one, he affirms that he reopens the oral trial because they force him.

Do you think that these cases can harm your candidacy?

Returning to your presidency, you say that your inheritance was very good. What happened since your departure so that Barça’s situation is what it is?

A football club like Barça requires three very important people to manage it: the president, who is responsible for saying no, who has to set limits; the general manager, who is the one who has to manage income and expenses to get a margin, and the sports director, who must invest that margin in the field. That out of every 10 decisions, you can make two mistakes. But if you commit eight, you sink the club. Ten out of ten won’t work for you. In my time, the president was me, the general manager, Antoni Rossich, and the sporting director, Andoni Zubizarreta. When there were elections and the partner voted for Josep Maria Bartomeu, he decided to change management. Ours, from 2010 to 2014, was based on spending control. I’m sick of controlling spending. Bartomeu made management more based on the increase in income. And he made almost a billion. And that machinery supports the increase in spending. But there is a pandemic, and the 1,000 went to 650 million, below spending. This is the fact. That said, 2010 to 2014, there were the best four years in the history of Barça. From 2010 to 2020, including the pandemic, there are the best 10 years in the history of Barça in titles, money, and everything. And on the other hand, if you ask, people say no, that neither Rosell nor Bartomeu was the best.