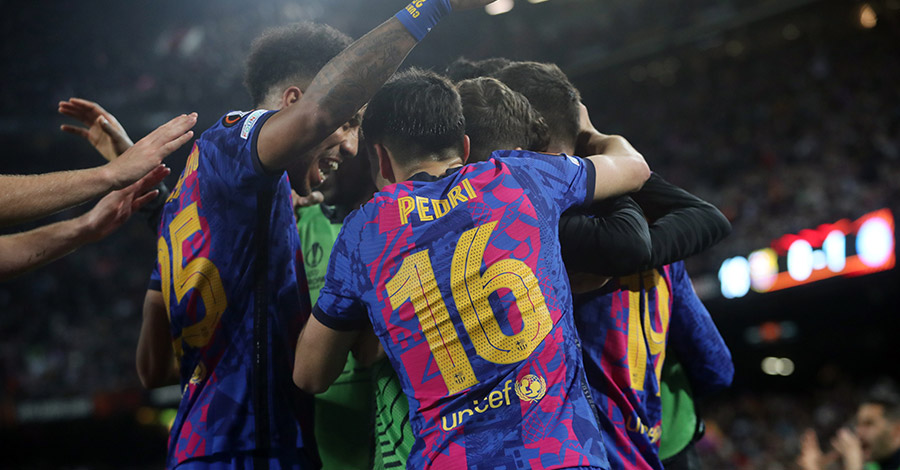 Blaugrana hosts the German team at Camp Nou to certify qualification for the semi-finals of the Europa League. Xavi Hernández’s men will seek to continue the excellent form in which the culé team is submerged, to remain undefeated in the Europa League, and make the culé fans enjoy another fantastic European night. The atmosphere of a Camp Nou, which will be packed to the brim, will once again play a key role in encouraging the Catalans players and leading the team to a new European semi-final.

Everything will be decided at Camp Nou. After the draw at the Waldstadion (1-1), Barça will face Eintracht Frankfurt at the Camp Nou, starting at 9:00 p.m., in the second leg of the quarterfinals with the desire to get a new victory and sign the qualification for the next round.

On the other hand, this fast-paced match’s precedents predict a Barcelona victory. And it is that FC Barcelona had won 14 of its last 16 home games against German teams in European competition (two defeats) and has only been eliminated in one of its previous six qualifiers when it tied or won the match outward.

However, Eintracht Frankfurt will not make things easy for Xavi Hernández’s men. The Germans, who were already able to show their full potential in the first leg, came into the game without defeat in their last five Europa League meetings (two draws and three wins).

Coach: Oliver Glasner. With experience as a coach in teams such as Red Bull Salzburg or Wolfsburg, the Austrian coach has made Eintracht a very competitive team in vertical football.

Scorer: Although the top scorer in all competitions is Rafael Santos Borré, in the Europa League, the most successful man so far has been Daichi Kamada, author of four goals. Dangerous players like Filip Kostic or Lindstrom will accompany both players on the attacking front.

Trajectory: While in the Bundesliga, it is the 9th classified with 39 points, in the Europa League, the way of those from Frankfurt is almost immaculate. After leading group D with 12 points, they eliminated Betis in the round of 16 with an overall result of 3-2. Last weekend the German team was defeated at home against Freiburg (1-2).