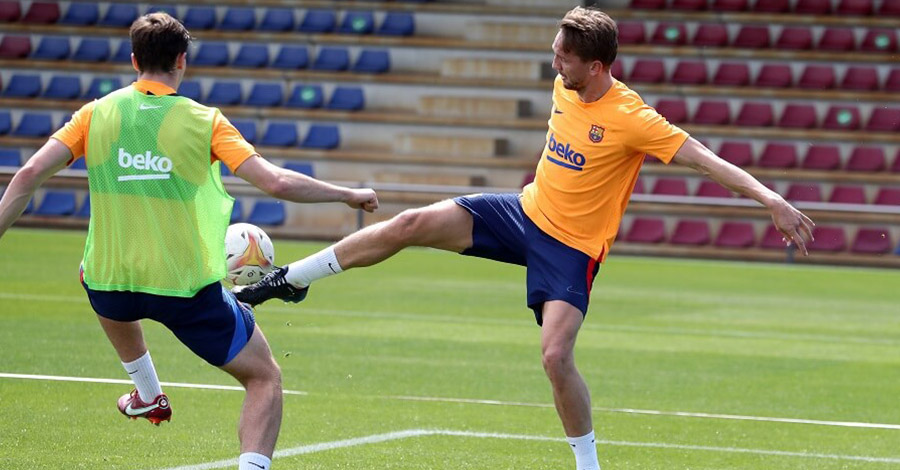 The first football squad has returned to training after Thursday’s draw in the first leg of the quarter-final tie against Eintracht Frankfurt in the Europa League (1-1) with a goal from Ferran Torres. The team returned this Friday morning from Frankfurt after spending the night in the German city. When they arrived in Barcelona, they trained at the Tito Vilanova field of the Joan Gamper Sports City in what was a post-match recovery session. The big news has been the presence of L. De Jong, who has returned to training after overcoming the Covid-19.

The following workout will be this Saturday at 11 p.m. After the session, at 1 p.m., coach Xavi Hernández will appear in a press conference from the press room of the Joan Gamper Sports City.