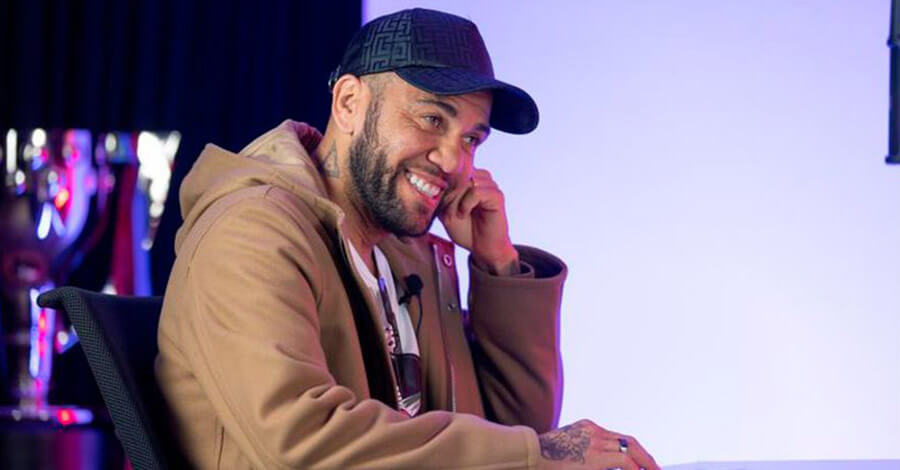 Dani Alves arrived at a wounded Barça in a crisis of results and identity. To a team that was beginning to have clear ideas thanks to the arrival of Xavi Hernández but that did not have enough self-esteem to be on a first-name basis with the best teams on the continent. A few months later, the Blaugrana team is capable of chaining 15 games without losing, of scoring goals at the Santiago Bernabéu, and, although painful defeats like the one suffered this week against Eintracht Frankfurt show that there is still a long way to go, to be faithful to the style which has accompanied the club in the best years of its history.

The figure of the Brazilian side has been transcendental in the culé facelift. Both because of his contribution on the pitch, where he has confirmed that “age is just a number”, and because of his enormous weight in the locker room. In a team in need of new leadership after the goodbye of Leo Messi, he was repatriating a legend of world football, and if the entity has been a very ‘resulting’ solution in the short term. The one from Juazeiro has transferred his character to a squad that did not quite understand the meaning of representing Barça. “Here you have to come to work thinking you have the best job and feeling handsome and interesting. You can’t perform at your best if you don’t believe in yourself”, declared Alves in his recent interview with SPORT.

Whenever he has been asked about Dani’s future, Xavi Hernández has been very clear. He wants him to stay one more season. “What he gives us is a show. He is an example of his professionalism and his positivism. I would love for him to continue, but it will depend on the club and his performance,” he valued at a press conference. The Barça coach knows Alves perfectly and knows that players like him are essential in a dressing room. This was, obviously, the main reason that led him to authorize his signing in November. And this will be, how could it be otherwise, the coach’s distinguished argument to ask the sports management to extend the Brazilian winger’s contract for another year.

The continuity of the charismatic footballer will be debated in the Camp Nou offices at the end of the season. Xavi’s coaching staff and those responsible for planning the squad for next season, Mateu Alemany and Jordi Cruyff, will have to assess all the circumstances and decide. Dani Alves is obvious that he wants to continue for a year to reach the World Cup in Qatar in the best physical condition possible, but he will not demand anything. The money, judging by the economic conditions of the current contract, will not be a problem. The ‘8’ has only put one condition on the club: sincerity.

“I will do the same as in my first stage at Barça: fight until the end. When I’m on a mission, I give myself to it with everything. I want to give my best version, be well. When the season is over, they will let me know if I continue or not. No regrets. We are older now. The most important thing for me is transparency. There will be no problem if they come and tell me to my face that I can’t continue”, the defender confessed to SPORT. So far, Alves has played 11 games (887′) in his second stage in Barcelona. He has scored a goal and has provided three assists.

Dani Alves: “Respect for Barça had been lost”

Dani Alves: “I would spend a lot of money on Mbappé, but not on Haaland”