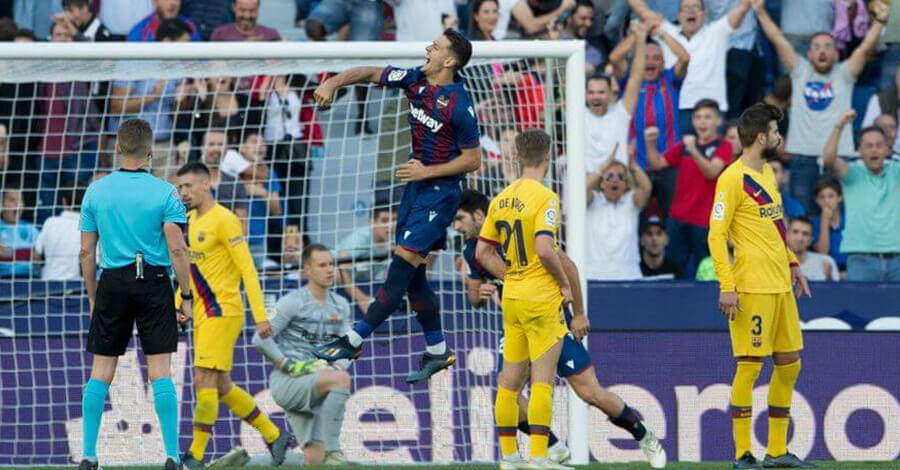 That the classification does not cause deception, although Levante occupies the penultimate position in the table. Barça is shot with 14 consecutive games without losing. Tonight’s visit to the Ciutat de València will not be, far from it, a stroll. Tonight, a new litmus test for the Blaugrana.

Xavi already warned in the press conference before the match: “They are risking their lives, and it is perhaps one of their last chances to save themselves. They have won at the Wanda, on the last day against Villarreal… For us, it will be another final, and it’s just as dangerous as the rest of the games. We haven’t been excellent on recent trips, and it will be a good test”.

The reason is not lacking for Egarense. Barça has only achieved one victory in its last five trips to face Levante, three defeats, and a draw. The previous triumph dates from December 2018. Since then, he has not managed to return to Barcelona with the three points under his arm.

The losing streak begins with the famous 5-4 of the 2017/18 season. The Levante managed to get 5-1 ahead on the scoreboard, and the Blaugrana stayed halfway to work a miracle. They served revenge in the following course, endorsing them with a hand and leaving a clean sheet.

In the first leg of the round of 16 of that same campaign, the locals began the tie with a 2-1 advantage. At Camp Nou, Barça turned it around with a favorable 3-0, which earned them a ticket for the quarterfinals.

In November 2019, the next duel arrived at the Ciutat de València. Although Messi opened the scoring just before the break, Levante came back from the match with three goals in seven minutes: Campaña, Mayoral, and Radoja between 61′ and 68′. Finally, the most recent cross between both teams in País Valencià is from last year with a three-goal tie: Messi and Pedri, Melero and Morales opened the tie and, shortly after, Dembélé put Barça ahead again. Sergio León put the tie back on the scoreboard seven minutes from the end.