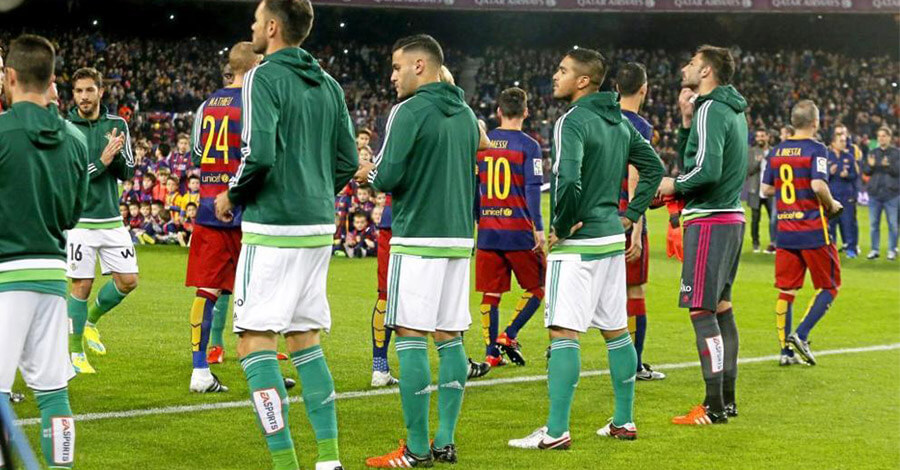 In a week in which the corridor has been on everyone’s lips, the Barça squad has decided to pay homage to Betis this Saturday for their title of Copa del Rey champion. On his return to training after two days of resting, in the Barça dressing room, there was talk of the advisability of making Betis the hall of honor, and there was unanimity between the coaches and the footballers.

They understand that the corridor should be taken as a recognition of the champion and not as a humiliation to the one who does it. They try to give normality to a gesture that has a long history in football. In Monday’s match, Getafe already made way for the Betis as Cup champions, and Barça will do the same on Saturday.

Barça players are used to receiving corridors, but on the other hand, it is unusual to see the azulgrana make the corridor for another team. In recent seasons, Barça has received numerous corridors, even from rivals like Espanyol. Betis also, in May 2016, made way for the azulgrana, already league champions. Real Madrid did not do it in 2018 in response to Barça’s refusal to make them a corridor in 2017 as champions of the Clubs World Cup.

In any case, the Barça coaching staff does not want to look at the past or reopen controversies and wants to deal with the matter of this corridor from absolute normality. Xavi was one of the Barça captains who did make the corridor for Real Madrid in 2008. The current coach and Carles Puyol led the tribute and were the first to stand on the pitch to form that corridor. That image is the last of the Barça players making a corridor to the rival for being champion.

The only exception was in the 2016 Copa del Rey final, in which Barça and Sevilla met after the Catalans had already won the League and the Andalusians the Europa League. Both teams had already experienced a similar situation in 2006 and made a double corridor. There was a joint corridor in the Cup final, with the Barça players on one side and those of Sevilla on the other. And inside, the captains passed.