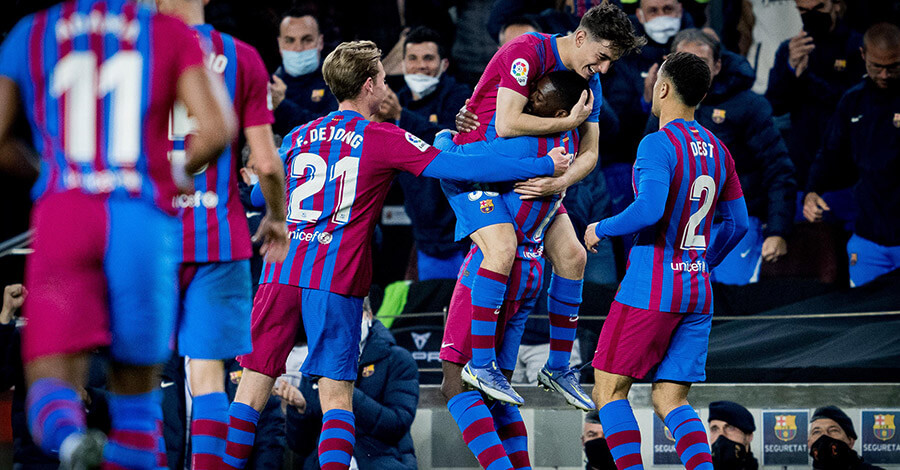 The Catalans must leave behind the European elimination to extend the unbeaten streak in the League.

No time for regrets. Barça must turn the page on the European defeat, and the league chip must be installed. This Monday, April 18 (9:00 p.m.), the Catalans receive a visit from Cádiz on matchday 32 of the League. A competition in which Xavi’s men want to continue at an unbeaten pace. At the moment, they chain 15 games without losing.

On holiday in Catalonia, Camp Nou will be the setting for this Barça – Cádiz. A lawn where the culés will jump to resume the flight. Because a victory would leave behind the fifth defeat of the Xavi era and allow them to settle in second place in the regular tournament, it’s a place with its own merits and thanks to the long streak of games in a row without losing. Since that distant December 4, the culés numbers have been impeccable: 11 wins and four draws to add 37 points out of a possible 45.

Also, note that this duel against the yellow cast will open a week of three league games. But the important thing is to go game by game and focus attention on the Andalusian team. Because the most recent precedents were put on alert. Two draws and one defeat are the last records since Cádiz returned to the First Division in the 2020/21 season.

Coach: Sergio Gonzalez. The Barcelonan landed on the bench of El Submarino in January to reverse the relegation situation. Four months later, and after turning the cadista image, he visits the Camp Nou, where he has never won. And it is that the Catalan has only registered negative results as a coach when he has had Barça ahead: eight games, eight defeats.

Also, add that Sergio González and Xavi Hernández will write their first duel as coaches. Now, both fought when they were footballers. The former Barcelona number ‘6’ is one of the players against whom the former Espanyol or Deportivo de La Coruña player faced the most times, 19 times.

Scorer: Negredo. The veteran striker from Madrid has nine goals; six have been in the League.

Classification: It occupies the 18th position and is immersed in the fight to get out of relegation. He has written two losses, two wins, and one draw in the last five league games. But in all of them, he has shown character. He has made things difficult for teams like Atlético de Madrid, Valencia, or Betis. Thus, Barça has a litmus test to resume flight in the League.